Steve Morphew accused of being bias in favour of Mile Cross 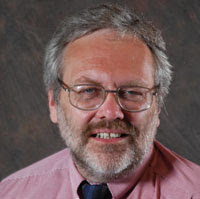 City Council Leader Steve Morphew had an uncomfortable time on Tuesday night as a combination of the public, the Greens and the LibDems heaped pressure on him for allegedly being bias in favour of improvements in Mile Cross as opposed to the rest of the City.

It started when a member of the public, one Brenda Lock, said that the council didn't care about Heathgate Community Centre because it wasn't in Mile Cross and that's where all the money went. A startled reaction from Councillors and the public. Although Steve strongly denied this, it led to some further exchanges later in the evening. Green Leader Adrian Ramsay concurred that a lot of money was spent in Mile Cross, because it was a tough Lib-Lab battleground seat, and LibDem Councillor for Mile Cross Carl Mayhew was also stirring the pot.

At the end of it I feel Steve looked a bit startled by all of this - more from the public than Councillor.

I wonder if it is true - a breakdown of total spending ward by ward would be interesting. Another member of the public told me afterwards that ift felt like all the money went to Eaton. An interesting perspective also.

It is natural to want the best for your ward. We all do it - fighting hard for our communities, sometimes knowing that other areas may suffer as a result. Although I believe Steve hasn't abused his position as Leader of the Council in favour of his ward, I think this line of attack may well come back time and time again.
Posted by Antony at 8:14 PM

Its an interesting point. Other than being a deprived area and Lib / Lab area, most of the cash was committed via the previous Lib Administation, so not just labour after 6 months.

I confess, I don't know the circumstances well. It could be that the people in Mile Cross are in much need of more funding than other places, and thus, making the extra money fair in my eyes.

However, as someone once said to me, Local Councillors 'are as bad as science teachers' - they think the area they focus on is the only area worth paying any attention to or putting any effort into. Sometimes, in their eyes, all other areas cease to exist.

Of course, that's certainly not always the case, but if we could see inside every councillor's head, we'd know a damn lot of them intend to give certain people/areas much better deals than other people/places.

It's just like Nationalist parties on a Commons level, and to a lesser extent, even class-orientated parties too, those that still are anyway.

Some say it's loyalty to your roots, I say it's corruption and prejudice.

Each to their own.