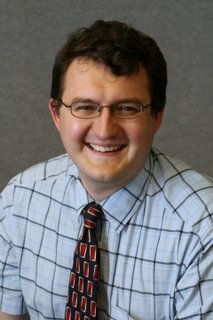 Ian Oakley is one of the nicest people in the Conservative Party, if not the country. It also happens that he is one of the hardest workers and best campaigners too - and that's useful because he's just been selected for the country's tightest three-way marginal seat in Watford.

I worked closely with Ian for many years in various adventures around Hillingdon Council and I know he'll give it 100% and be a real asset to the party as both a candidate and then as an MP. Ian won't be put off because of the tough fight ahead of him in Watford - it'll make him more determined to fight hard and win.
Ian may not be an A-Lister but he knows Watford back-to-front and I am so pleased for him. The LibDems should have been assured of victory in this seat, but with Ian's selection the whole contest is wide open again.
Go for it, Ian!
Posted by Antony at 7:44 PM