Are the LibDems going to drop their opposition to Tesco ... or are they going to play it both ways again? 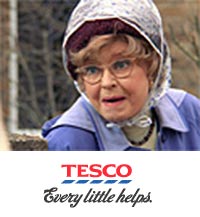 One of the big issues that dominated the campaign in Town Close last year was that of the proposed Tesco Express being built on the site of the Arlington petrol station on Unthank Road. The Greens, naturally took against the plans. So too, with little impact, did the LibDems. The Greens subsequently snatched the formerly rock solid LibDem ward and left local activists reeling.
Today a LibDem Focus leaflet graces my letterbox - not a particularly good one and now rather irregularly delivered but one story stood out for me. An update on Tesco.
Chris Thomas, the sitting Councillor who faces the fight of his life next year, claims to be pleased that the application was rejected before adding:
I have had letters from residents who are not car owners and who would welcome an opportunity to shop daily at a small supermarket which they feel with complement the specialist shops.
So that's clear then ... not. Are the Town Close LibDems therefore in favour or opposed and, in particular, is Chris Thomas in favour or not? Or, like on so many issues, are they planning to play this one both ways depending on which doorstep they are standing on?
Or is there a more wholesale change on the way? The LibDems have lost voters hand-over-fist to the Greens in the Golden Triangle and many of these residents are unlikely to return to the fold anytime soon. So if the LibDems detect a significant minority in favour of the Unthank Tesco (but who don't like to shout about their opinions) could they switch policies in time for next May and hoover up those votes?
I don't know, but I do know that the Town Close LibDems are desperate.
They may think that the votes of the anti-Tesco lobby are lost to the Greens and political pragmatism draws them to a pro-Tesco position as the only way of holding their seat?
Posted by Antony at 7:09 PM

Chis Thomas is going to lose, isn't he?

A recent survey by the No Tesco group found that 90% of residents in Town Close were against the Tesco Express at Unthank Rd.

Someone has there work cut out!

We need a Tescos in Unthank Road Now