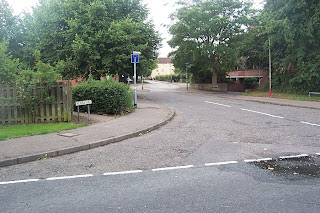 Today was a day back on the streets, knocking on doors and talking to people around Bowthorpe about key local issues.
Following the awful stabbing in Clover Hill village centre last week, we launched a new campaign "CCTV Please" asking people to sign a petition to get the council to introduce cameras and make the area safer. We had loads of people on the streets gathering signatures and we were really pleased to be backed by the police, the victim's sister and also the newsagents in the centre who have had their lives blighted by the anti-social behaviour in Clover Hill.
During the time we did a walkabout and made loads of notes about other issues - litter, graffiti and over hanging bushes - that can be dealt with to make the area nicer.
There was a good feeling on the street today - not just because we are championing a popular and important initiative but because somebody was taking action. A few residents around Peverell Road wanted to know why after 30 years representing the seat why Labour hadn't already done this. A good question!
We will keep the pressure on and are out delivering leaflets next week about this issue - more can be found here. This afternoon I met with John and Niki to plan our activites over the summer - a lot to do!
Posted by Antony at 7:29 PM

If you get this done, you will win every election in Bowthorpe betwene now and the day you choose to retire., Good luck with it!

Are there not enough cameras in England? Isn't the answer more police on the streets?