A bit of deja-vue last Sunday as we baptised Olivia in much the same way as we did Emily two years earlier - same parents, same church, same priest and roughly the same people! There were, of course, 3 key differences - the Godparents for a start plus also the decision to switch from homemade jam butties to M&S platters! 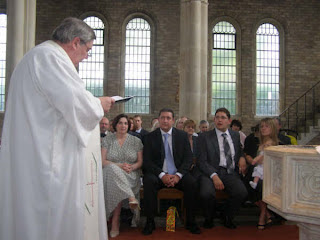 Most strikingly though was that two years ago the only child present was Emily herself ... this time it was a real kids party with thes babes almost outnumbering the adults (or, given the noise, it felt so!) We must be at an age where all our friends are having children. 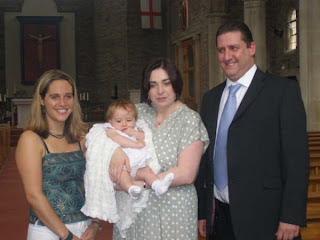 We were clearly trend setters! Our redoubtable priest, Father Tony McSweeney, very clearly took charge and even put my brother in his place! And we even managed (somehow) to get cleared out before evening mass at St. George's. A great day! 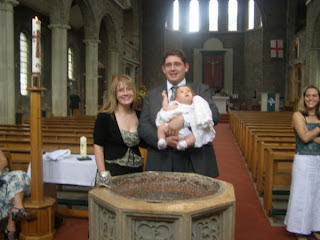